Formal Methods and the Law

This project distinguishes between two kinds of law, the common law, on the one hand, and code-based law, on the other, and argues that it is fruitful to apply formal methods and logic to the representation and analysis of certain kinds of law.

Much recent work has taken a big data approach, sorting through and finding patterns in massive amounts of information. In contrast, a rule-based approach—Computational Law—formalizes the law using logic and analyzes the law using those formalizations. Computational Law has received relatively less attention in the United States than has the big data approach, perhaps because common-law reasoning appears to be not well-suited to logical formalization.

The project argues that, in contrast to common law, certain types of code-based and regulation-heavy law, including U.S. federal tax law, are particularly susceptible to formalization and computational analysis. The difficulty presented by regulation-heavy law stems in large part from an immense number of interlocking rules, in contrast to difficulties presented by common law, which arise primarily from the ambiguity of terms or difficulty in predicting outcomes. The project takes the federal tax code as an example, and, based on the structure of and approach to drafting displayed in that law, proposes using a version of default logic to formalize the tax code and its accompanying regulations. Such formalization can locate drafting errors and structural ambiguities, and computational analysis of these formalizations may discover previously overlooked tax avoidance techniques.

Sarah Lawsky is Professor of Law at Northwestern Pritzker School of Law. She teaches or has taught federal income tax, corporate tax, partnership tax, tax policy, tax deals, and contracts. Her research focuses on tax law and on the application of formal logic and artificial intelligence to the law.

Prior to joining Northwestern Pritzker in 2016, Lawsky taught at UC Irvine School of Law and George Washington University Law School, and as an adjunct in NYU’s tax LL.M. program. Before beginning her teaching career, she practiced tax law in New York.

Lawsky received her B.A. from the University of Chicago, her J.D. from Yale Law School, her LL.M. in tax from NYU School of Law, and her Ph.D. in philosophy from the UC Irvine Department of Logic and Philosophy of Science. 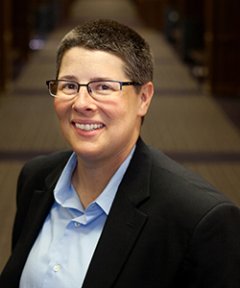