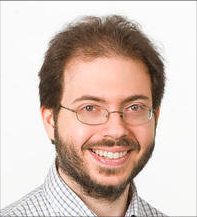 Derek Dreyer is a professor of computer science at the Max Planck Institute for Software Systems (MPI-SWS), and recipient of the 2017 ACM SIGPLAN Robin Milner Young Researcher Award. His research runs the gamut from the type theory of high-level functional languages, down to the verification of compilers and low-level concurrent programs under relaxed memory models. He is currently leading the RustBelt project, which focuses on building the first formal foundations for the Rust programming language. He also knows a thing or two about Scotch whisky.